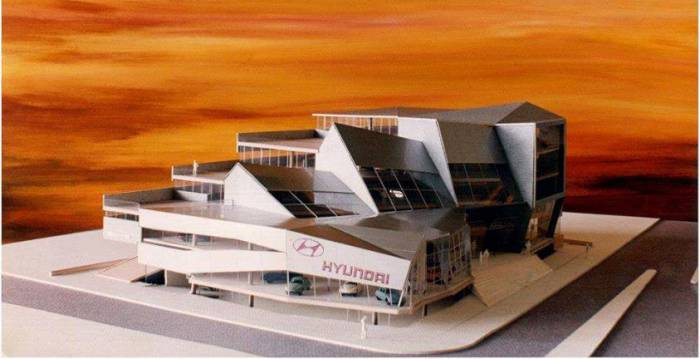 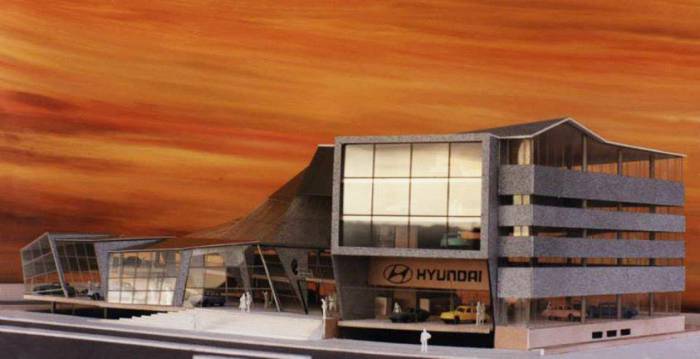 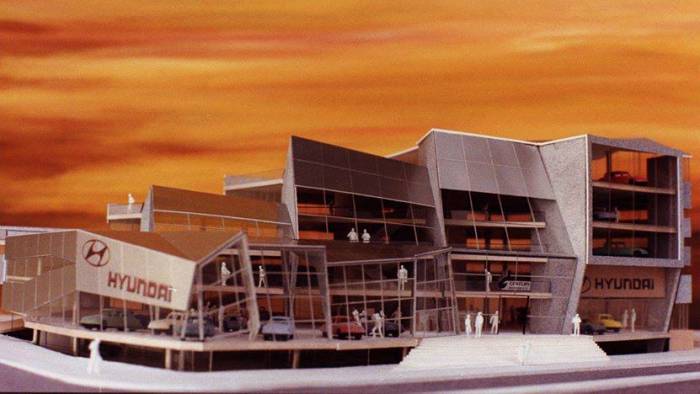 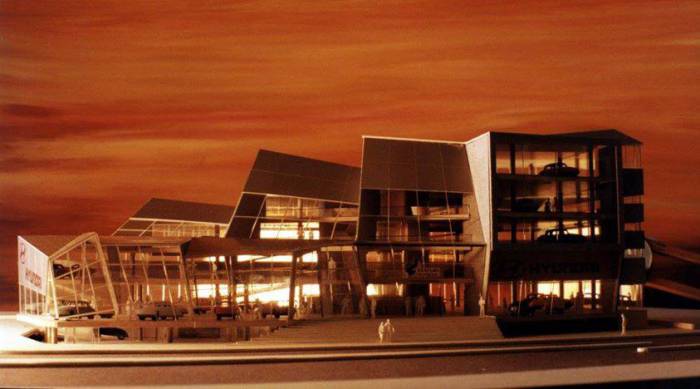 The site is situated in an industrial area, on a block surrounded by a major urban highway (Jel el dib) on one side, and by a back road that used to be the former railroad from Turkey to Beirut. The program comprises a main car exhibition space, smaller exhibition spaces, offices, conference rooms, a cafeteria and a multipurpose area dedicated for the injection of media events, such as lectures, plays etc…

In Lebanon the design of public spaces was mostly confined to developers, mainly focusing on maximizing capital return in construction. Not until recently when competition increased, that image became important, creating a need for signature buildings. Today, exhibitions are no longer confined to museums, the distinction between exhibition spaces and the commercial world of display has been blurred, and buildings no longer serve as containers for display, but have also become the object of display.

The spatial configuration is the result of a series of operations that were applied to the initial diagram. Three guiding lines articulated the roof, deformed its grid, and deflected the contours of the structure. These forces are an extension of the diagonals of the site and the direction of the former railroad track. The latter created a longitudinal break line at the roof and became a main structuring element of design, like a spine along which the envelop oscillates and that’s how the trace of the former railroad track becomes inscribed within the architecture.

Due to the exigencies of structural span lengths, the movement of the roof surface rotates at intervals of eight meters, creating a dynamic spatial sequence as it to moves gradually from a horizontal to a vertical position. The latter becomes a media screen, for the display of the latest car models.

The project reveals itself differently from the two different directions of the highway as it unfolds it records frames that create the resulting effect of movement.