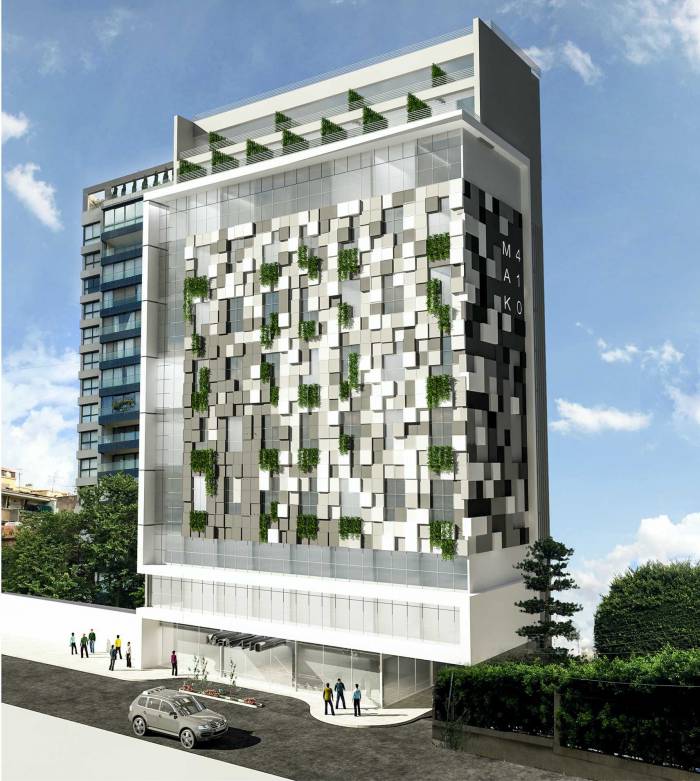 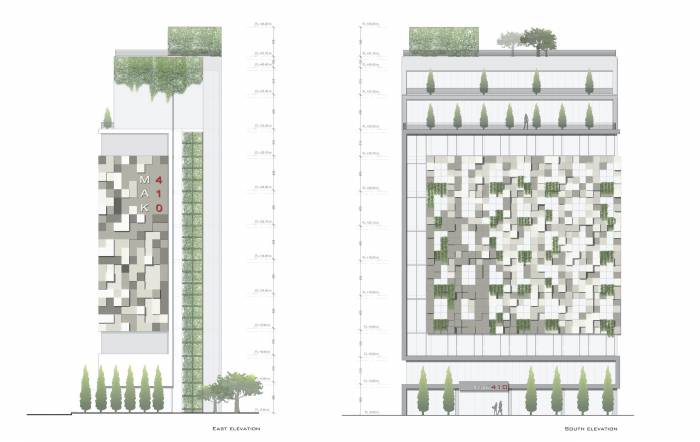 The project presents a marriage of two interlocking volumes resulting in a seemingly floating corner volume warped by a larger three dimensional envelop allowing a negotiation between solid and void, as well as a lighter and slender aspect to the overall structure. As such, the project found its expression on the suspended corner façade, with the underlying structural grid (typical to hotels), that inspired the pixelated design allowing window openings to take up free shapes and become part of a larger pattern, a kind of mosaic artwork that borrows its language from the digital world and its expression from urban street art, a powerful tool in reinforcing the experience of the urban. The rooms that required floor to ceiling height windows were positioned on the first, 2nd and 8th floor in addition to a vertical row of windows spanning on eight floors to form a frame around the pixelated screen.

As such, the project presents an interface that is deeply unsettling in its apparent freedom, as it seems to deliberately oppose the existing fabric and geometry, in order to interrupt the spectator as well as the visitor and create an encounter. It proposes a substantial departure from the traditional features of hotels and residential buildings, as it attempts to disrupt the ordinary in order to present a public place that explores issues of privacy, openness, materiality, transparency, and the power of the image in today's world, where the boundaries between the real and the virtual have been blurred. The location as well as the nature of the project were the driving force in the design. Being a public building in a vital and hyper-diverse area, with a multifaceted program, it needed to offer unique solutions that are comfortable and flexible and a unique identity that addresses both the neighborhood and the city at large, the public and the private, the familiar and the novel. The goal was to create a place that has both a strong and inviting image, and a large number of activities to be used collectively in order to enhance the experience of the place and create a sense of connection and belonging.